Alison Murray is Canadian/British producer, screenwriter and director based between Canada and Argentina. 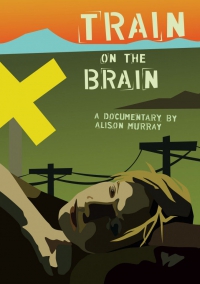 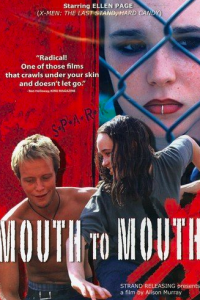 A collaboration with photographer Virginia Lee Hunter, based on her book – Carny, Americana on the Midway.

Ariel follows the tumultuous siblings Davie and Diana Vega as they return to Argentina, country of their birth and learn to dance tango. They uncover secrets about their family history that call into question everything they hold to be true, but that free Davie from his existential misery. A story of how the past holds us in its embrace – only by engaging with it can we find freedom. A lacerating love letter to the city of Buenos Aires.

It’s hard to believe Davie and Diana Vega are siblings, they are so different from each other. Davie thinks Diana needs to loosen up. Diana feels she knows better, if only Davie would listen to her, he could get his life on track. A trip to Buenos Aires, city of their birth, is a chance for reconciliation. Maybe, Diana thinks, getting in touch with their roots can help Davie get over his depression. They have not returned to Argentina in the 30-odd years since their parents brought them to Canada as children. They don’t even speak Spanish.

Davie and Diana explore Buenos Aires and are mesmerized by a nocturnal world of tango clubs and bars, surprised by a sexy young crowd of dancers.

Diana tells Davie one of her reasons for planning their trip – she thinks Davie is adopted and wants to find out for sure.

Powerful questions about his identity that arise for Davie send him on a bender that destroys a burgeoning relationship with tango dancer, Josefina.

Returning to Toronto, Davie confront his parents. His father has a plausible cover story. Davie smells a rat and causes a scene. Davie and Diana try to dance tango in Toronto but it’s not anything like Buenos Aires. Now that their sibling relationship is called into question, everything feels different when they dance.

Davie returns to Buenos Aires, reluctantly accompanied by Diana, where they discover a truth that changes them forever.